If you're traveling abroad for any extended period of time, hotels and endless restaurant meals can take a toll on your budget. When you want to spend a few weeks or more in a single place, one idea is to look for an apartment with a kitchen that can be had on a short term rental. Vacation rentals by owners (VRBOs) and airBNB sublets are common solutions, but in Japan, and especially outside of Tokyo, such places can be hard to find. We found one that caters to tourists in the Kyoto suburbs, and another in Fukuoka that is used mostly by Japanese salarymen. 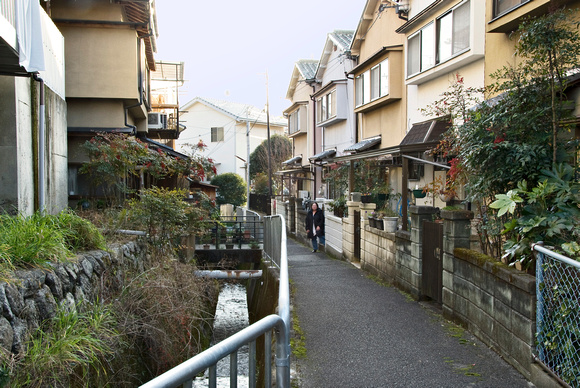 Apple House is a tiny cottage operated as a vacation rental by Hiroko and David James.  We rented it in February as a cheaper alternative to hotels for our monthlong stay in Kyoto. David met us at the train station and showed us there the first time. We walked the last part of the way: Apple House is located on a street too narrow for cars (deliveries come by motorcycle), flanked by a narrow canal. 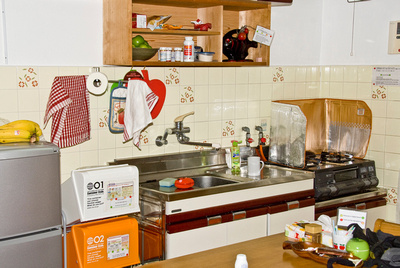 Downstairs, a minuscule kitchen led to a freezing porch with a clothes washer and things called clotheslines. We would put our washed underwear on them and it would freeze and become rigid overnight. In the summer humidity, I was told, it would simply remain wet. We spent very little time on the patio. Inside, there was a living room with a propane heater. A steep staircase led upstairs to two bedrooms with tatami floors, and futons upon which we slept.

We shopped locally in Sugakuin for food. We were eating salmon every night: you could buy a steak in the market for 3 bucks. We got to know our neighborhood, a bedroom borough mixture of new houses and brick apartments in close proximity, and old truck farms interspersed on a hillside above the city.There were hidden treasures: an old temple on the hillside, with an ancient fire truck in the yard; a country residence belonging to the emperor, with manicured winter gardens. And a half hour ride on the number 5 bus got you to downtown Kyoto. 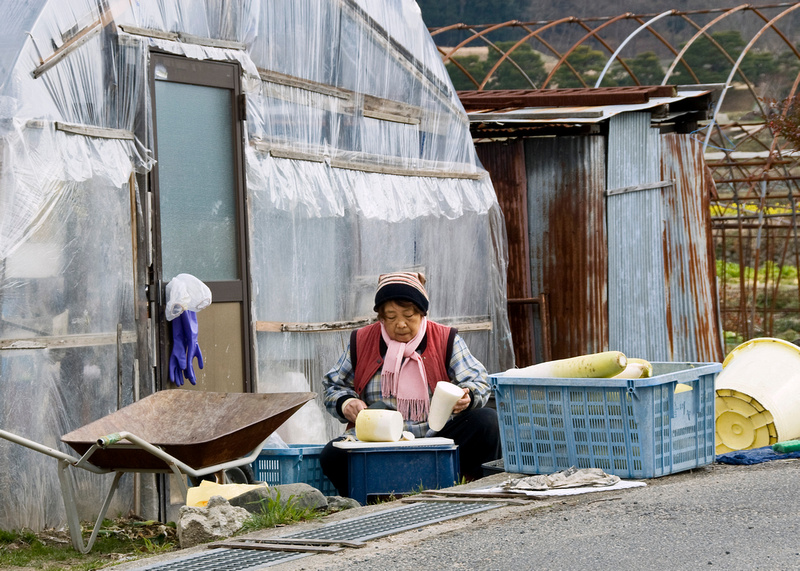 In Fukuoka, on the southern island of Kyushu, we could find no similar VRBO. But we did manage to unearth Tenjin Success, a large tower of efficiency studio apartments which seemed to be part of a nationwide chain. Japanese companies often station employees far from home for long stints, and these apartments, designed for single occupancy, meet their need for cheap housing. Since the units are not marketed to tourists at all, enquiries in English may frighten the staff and be ignored. 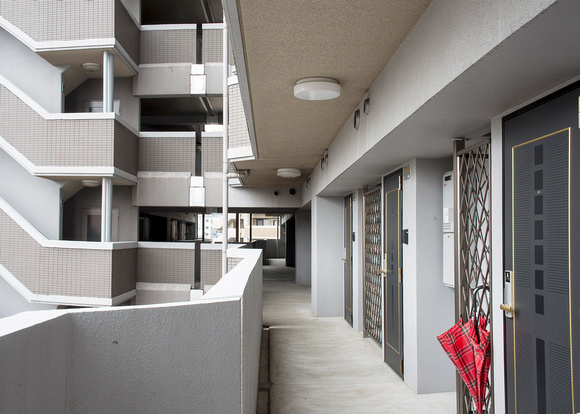 Through a Japanese friend, we rented a place for two weeks in spring. The super met us with the key at the front door of an imposing concrete dormitory and showed us our rental on the fourteenth floor. It was not so much a railroad flat as an electric train flat, Lionel gauge, with tiny toilet and shower flanking the entry space,  followed by a galley kitchen on one side as you entered a living room no longer than a sofa, and finally a sleeping alcove in front of the glass door (the only window) to a small balcony. And on the balcony, of course,  a clothesline. 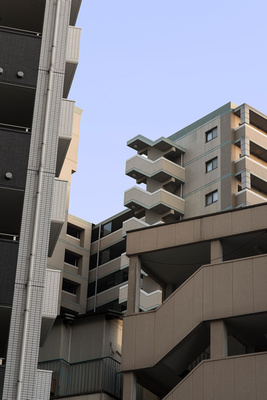 The Tenjin area was a congested nest of apartment towers, with restaurants and nightclubs on narrow streets by another river. On the fringes of more fashionable areas, it was in walking distance to everything and had a couple of great izakayas. Fukuoka, a far more autochthonous city than Kyoto, is more attuned to  tourists from Korea and China than from the west. It's attractions are limited, but it made an excellent hub for rental-car explorations of the island of Kyushu. 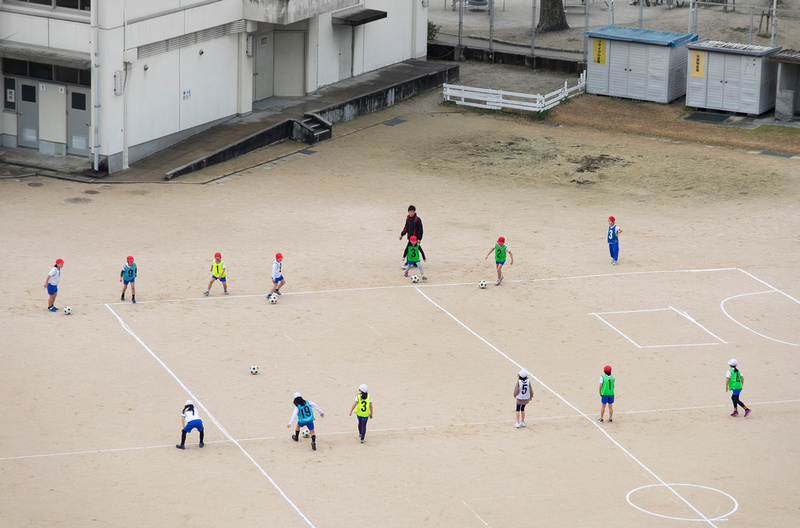