On our last trip to Japan, we spent a few days in Tokyo on our way out of the country. One afternoon, we decided to visit Yanesen. 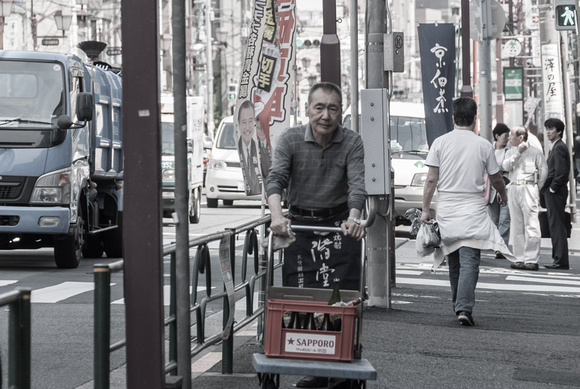 The name Yanesen is made by combining those of the Yanaka, Nezu and Sendagi neighborhoods.  Over lunch at the hotel, wife confronted me with several pages she had torn from guidebooks describing the district’s historic interest and charm, and assured me that I would find interesting things to photograph. Off we went to the subway, taking the Chiyoda line to Nezu station. We had chosen Nezu because its name is in the middle of the acronym, which implied to us a central location. The Yanesen district is too big to cover on foot, so starting near the middle seemed like a good idea. 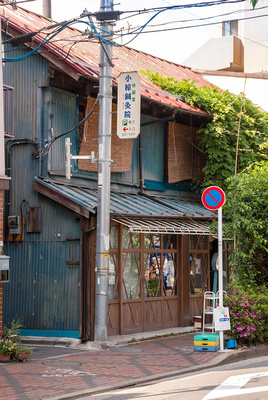 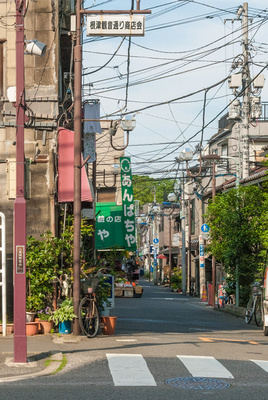 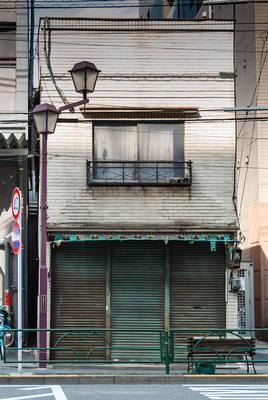 Shitamachi, the downtown portion of Nezu, was Tokyo’s commercial center during the late Edo period and home to merchants and craftsmen. You can still find a number of nineteenth century buildings. They are interspersed among more modern structures, but the area still retains a mercantile sort of neighborhood charm. Apartments and temples, university buildings and retail avenues are all interwoven. It’s Tokyo, but it has the feel of a smaller, more native Japanese town. The streets were filled with Real Local People, many of them doing Real Craftsmanlike Things, like breaking the sidewalk with mallets. 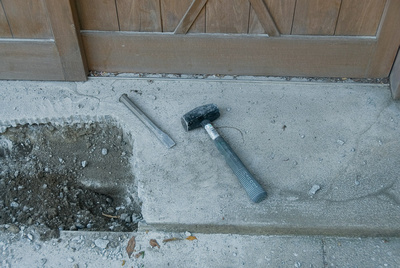 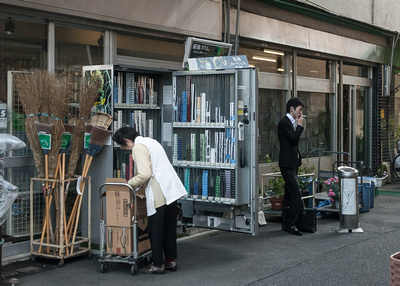 Real Local Peoplegiving each other cancer 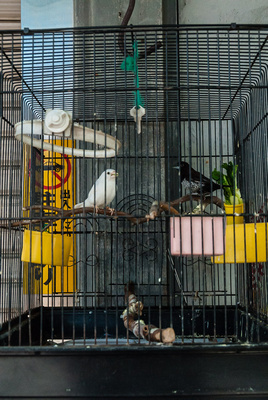 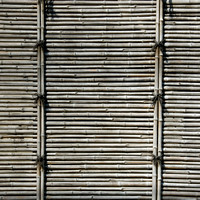 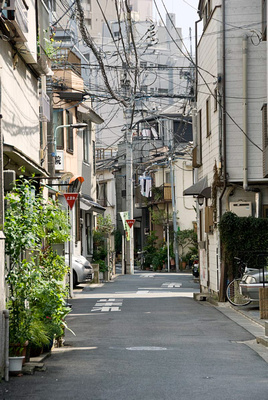 Yanesen’s main tourist attraction is, of course, a temple: the Kannon-ji in Yanaka. It has a mud wall that symbolizes something or other. We didn't get there. Nezu boasts a more modest shrine, with a nice wide path through gardens that everyone cuts across, Todai students headed toward the nearby campus and others. The shrine hosts an azalea festival if you can get there in April. We didn't make it. After walking around on the streets of Nezu in the heat for a while wife got tired, and I parked her at a table in the Nezu Cafe, a block down from the station. She drank melon sodas and used the bathroom while I wandered around some more. I was careful to take a picture of the cafe itself, as I left, for reference. In case I forgot where she was. Or if I got lost: whenever Japanese people are accosted by foreigners brandishing pictures of cafes or hotels on their camera screens (this happens often), they assume that the foreigners are lost and they start pointing. Astute, the Japanese. 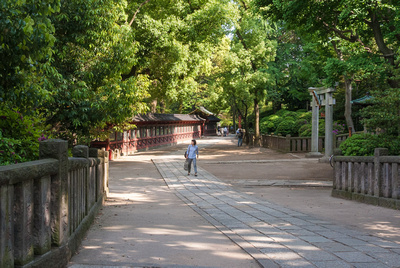 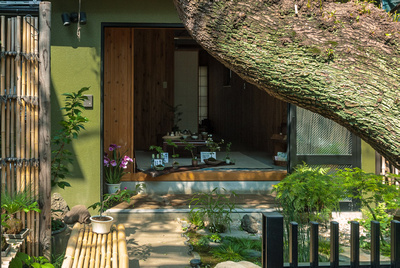 From Nezu you can walk to Hongo, which is another one of the neighborhoods in the group, one that was not so fortunate as to have its name included in the Yanesen acronym, but which is nevertheless folksy and historical. Hongo is home to the main campus of the University of Tokyo, once the estate of some daimyo or other, and like everything else in Japan it has a big gate. This one is called the Akamon, which means “red gate”, and according to the Japan National Tourist Organization it watches over “the comings and goings of students” as they pass through it.  Tourists are welcome to pass through as well, but not if they act like rowdy gaijin. As the JNTO website reminds us, this is an institute of higher learning, and “we are sure that you don't need to be reminded to be considerate and respectful of the surroundings.” This admonishment suggests that Japanese college students are not like our perpetually inebriated, rape-prone American undergraduates, but I can only say that I didn’t notice anyone being disrespectful during my walk that afternoon. (I haven't included a picture of the Akamon here on my blog because everyone has seen pictures of red gates in Japan and is sick of them). 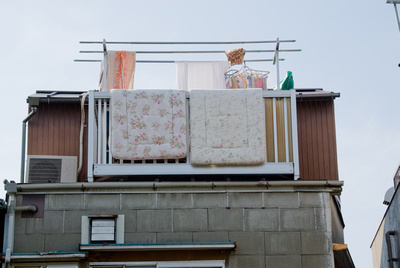 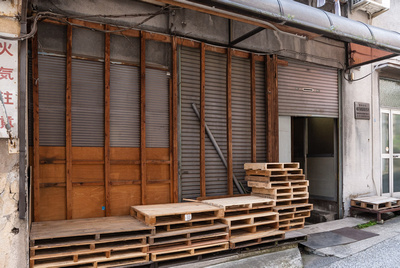 Afterwards, I went back and found the wife and had a drink at the Nezu. (I didn’t have to show anyone the picture, I managed it all on my own.) It was a hot day, and I was tired and sweaty from my excursion. How nice to find the cool and dark inside. The late afternoon crowd was sparse, a few regulars, an old guy in a flannel shirt and a group of old ladies. We hung around for awhile, and waited for it to cool down before heading back to the subway. 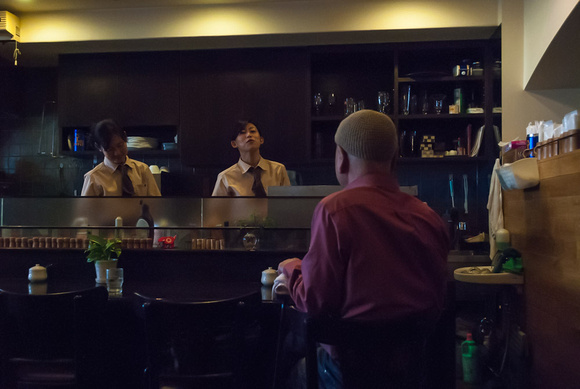