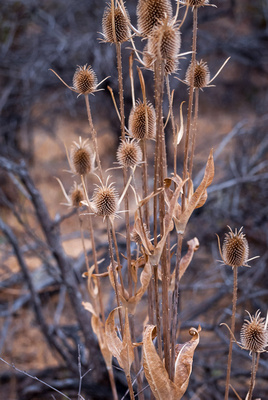 Dried FlowersDried flowers on the beach

Some people post stuff eighty times a day on Facebook, you get buried under their pictures of babies and food, their petitions and political outrage. Some people hardly ever post: once a year, someone tags them at a barbecue. I suppose I fall somewhere in between. Mostly I keep stuff to myself, because I figure no one gives a shit anyway. But every once in a while, I am motivated to share something or other that resonates within my particular universe.

These posts occasionally provoke a few comments, but sometimes they do not. My universe resonates separately from every one else’s. Perhaps someone is lurking, reading with indifference or even disdain, insufficiently moved even to Like. Or maybe there’s no one there at all.

The internet encourages us to surround ourselves with spheres of interest which become more narrow and exclusive with time. And as we age, as our friends dwindle and die, those that remain go their own ways into their own spheres. Perhaps there is no longer any overlap. At first, I despaired at this thought.

I asked myself, if I post something on Facebook and no one reads it, did it really happen? Or is it, like the tree falling in the forest, some sort of Schroedinger conundrum into which my life has fallen. I can look and verify that the post is there, of course, but maybe that’s part of the same hallucination. And if you were to look, you would play the role of the cat, reducing possibilities.

But then I realized that this open-ended flow is, in fact, a sort of informational satori: information for its own sake. The info-verse swirls around me, and I seek silent illumination, no longer burdened by the need to actually interact with others. As more and more of my posts elicit no response, I approach digital Nirvana.

People — Friends — are no longer necessary. We live in a world where I can post a message that no one will read while, at the same time, a marketer’s robot caller is leaving a message on my answering machine that no one will listen to. The informational loops exist without us, and will continue to exist long after we are gone.