Best Left Unsaid is a collection of Rants, Poems, Descriptions, Explanations, Justifications and, of course, Photographs. 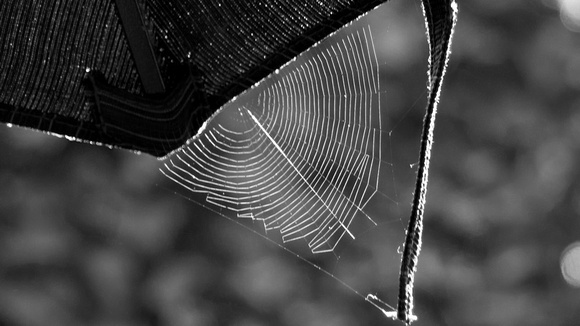 I was sitting at my desk the other evening when a spider the size of a small bus walked across it. Now, spiders don’t bother me, particularly, except that I once read a story by E. Annie Proulx about a guy in Texas who puts his foot in his shoe and gets bitten by a small brown spider that was inside. He’s not gay, though: that was another story. Anyway, this guy gets real sick from the bite, and his wife nurses him back to health. Then he gets bitten by another small brown spider and he dies. It made me look at this present spider with respect.

I once read that most spiders don’t bite people because their jaws are too weak to break the skin. I didn’t think that would be a problem for this one. It looked capable of breaking my finger. It didn’t help that it was shiny and black, like the creature in Alien. Or that it kept pushing books and ashtrays out of its way. Although it ignored me as it crossed the desk, I realized I had to get rid of it. I couldn’t sit and work, wondering where this thing might be lurking. Since it was way too big to squish with my finger, I ran shrieking stepped nimbly from the room in search of some appropriate anti-spider implement, like a broom, or a shotgun.

I returned a few minutes later carrying a knotted kitchen towel, which I intended to swing with devastating effect. As an emergency backup, I also carried one of those kitchen torches that are used for baking, but I was loathe to use it since the desk is made of wood. In college, we used to make torches by spraying deodorant through the flame of a lighter, and Steve Goldstein used one to burn his initials into the wooden door of his room. I didn’t want scorched initials on my desktop, or squashed spider entrails, at that, but it didn’t matter because I couldn’t find the beggar anywhere when I came back in. 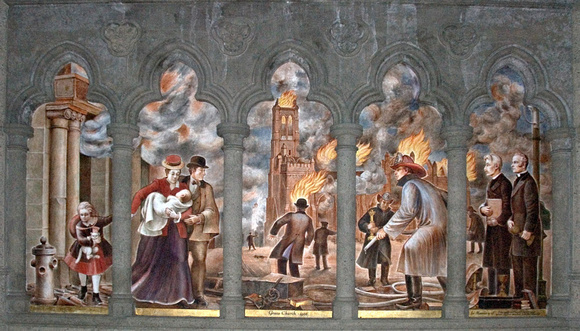 One thing for which we can thank the internet is that the world now seems to be enjoying a surfeit of good causes, causes that vie for my attention to get me to join or support them in some way. It seems like a constant stream of recruitment messages finds me through email, social media and the web. They cajole me to sign a petition, share a polemic, join someone in their moral anguish. Like a conscript in an endless war,  I am to be marshaled from front to front in the ongoing struggle of some cause against another.

Here is a list of causes that have asked that I rise to the ramparts this summer:

This is just a partial list, and of course it doesn’t include the door knockers selling raffle tickets, Jesus, and frozen New York steaks. And what happens when election season rolls around? You can add robo-calls to the mix. And the media, already full of offended women and bald patriots, will blare further entreaties. A nationwide Iron Mary of exhortation.

Listen, people, it’s too much. Everyone is pushing something. And it’s all noble and tax-deductible, of course, and everyone seems properly righteous when they make the case that they’ll improve society. But then it turns out they disagree with one another and you have to decide.  The only thing they agree upon is that it’s important, and urgent, that you take their side. Too many decisions. Too much responsibility.

Do we really want to live like this? Must we all be Don Quixote? Walden Pond, anyone? I have to admit that hermitry attracts me in this environment, but it means I’d have to give up my cell phone. Alternatively, I could try to improve society myself with a crusade to limit causes, but I have no idea how to go about it. I imagine there’s a tax deduction in there, though.

Dried FlowersDried flowers on the beach

Some people post stuff eighty times a day on Facebook, you get buried under their pictures of babies and food, their petitions and political outrage. Some people hardly ever post: once a year, someone tags them at a barbecue. I suppose I fall somewhere in between. Mostly I keep stuff to myself, because I figure no one gives a shit anyway. But every once in a while, I am motivated to share something or other that resonates within my particular universe.

These posts occasionally provoke a few comments, but sometimes they do not. My universe resonates separately from every one else’s. Perhaps someone is lurking, reading with indifference or even disdain, insufficiently moved even to Like. Or maybe there’s no one there at all.

The internet encourages us to surround ourselves with spheres of interest which become more narrow and exclusive with time. And as we age, as our friends dwindle and die, those that remain go their own ways into their own spheres. Perhaps there is no longer any overlap. At first, I despaired at this thought.

I asked myself, if I post something on Facebook and no one reads it, did it really happen? Or is it, like the tree falling in the forest, some sort of Schroedinger conundrum into which my life has fallen. I can look and verify that the post is there, of course, but maybe that’s part of the same hallucination. And if you were to look, you would play the role of the cat, reducing possibilities.

But then I realized that this open-ended flow is, in fact, a sort of informational satori: information for its own sake. The info-verse swirls around me, and I seek silent illumination, no longer burdened by the need to actually interact with others. As more and more of my posts elicit no response, I approach digital Nirvana.

People — Friends — are no longer necessary. We live in a world where I can post a message that no one will read while, at the same time, a marketer’s robot caller is leaving a message on my answering machine that no one will listen to. The informational loops exist without us, and will continue to exist long after we are gone.

I am sitting in the lobby of the hospital at UCSF’s new campus at Mission Bay, waiting. This place is the strangest amalgam of the elegant and the crude. In the surgery waiting room, a relatively small space that seats a couple of dozen people, there are three wide-screen TVs along one wall. They sit about 3 feet apart. All three are turned on, to different channels. Thus, I find myself downstairs in the quiet lobby, where I shall spend the next 10 hours.

These buildings are beautiful, their fixtures state-of-the-art. There is artwork all over the place, some of it stunning, some obviously the output of physician-photographers. Here in the lobby is a mural, two stories high and about 10 feet wide, a digital photo representing tree branches with leaves and buds. It is comprised of five panels, assembled to form a vertical pent-tych, if that is a word. At this scale, you can see the sharpening artifact from across the street. Some of the buds must have moved during the exposure: they are outlined in blue, something the photographer apparently did not see a need to fix. Up close, one notices the luminance noise has been removed, replaced with a fine Photoshop grain. Elsewhere, upstairs in the waiting rooms and hallways, are less ambitious, framed photographs and paintings, some really excellent. I’ll probably walk around later to look.

I went to the cafeteria, but it wasn't very good. There are also two coffee stands that serve a decent-tasting beverage that nevertheless fails to wake me. It’s not decaf...I don’t know what the problem is. Fortunately, there is a cafe two blocks down with good coffee and a couple of decent sandwiches. I sat there this morning and fed a pigeon. Maybe I’ll hang there this afternoon. The doctors all wrote down my cell phone number, are supposed to call me with updates. I would go home to sleep, but I have been asked to contribute karma from closer range. Om.

How to Deal With Marketing Calls 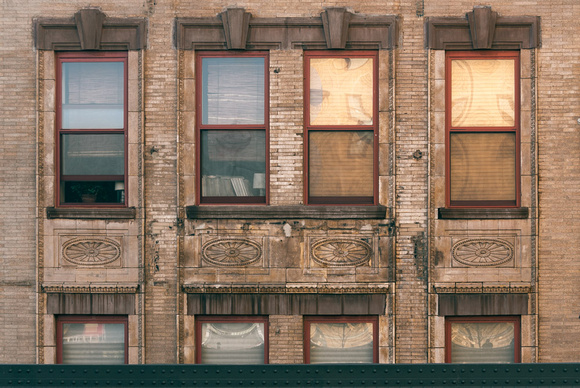 My cell phone rang: a number in LA I didn't recognize. When I answered, there was a short pause before a woman came on. She tried to sell me something, I don't remember what: solar panels, an ad on Google, a free carpet cleaning. Acting interested in her proposition, I asked a few questions, and kept asking her to repeat herself when she answered, claiming that it was difficult to hear her. It helps to act old in these situations. Finally I said, "Look, can you hold for a few seconds? I want to go downstairs and get my other phone. It's louder." And I put down the phone and went about my business for a while. When I came back, she had hung up.